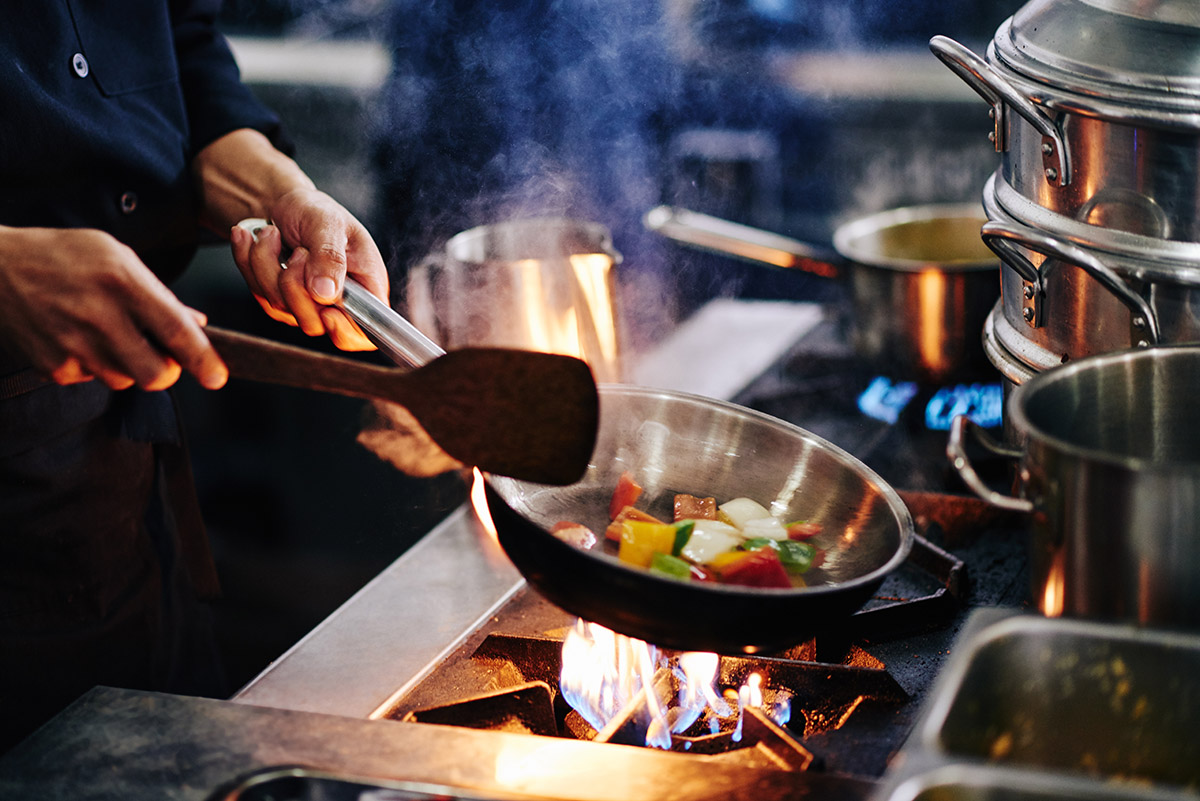 As a dedicated sports fan and athlete, Jeremy Biella thought he had his life laid out on a map. After signing to play for the Gary SouthShore RailCats in 2006, big dreams of becoming a major league player began to swirl around his mind until an injury prevented him from continuing his baseball career. Biella’s interesting in becoming a chef began to surface after receiving some life-changing and eye-opening news.

“My mom was diagnosed with ovarian cancer and we lived in a rough situation. As the oldest of three siblings, I had to grow up a little faster,” he said. “I got into cooking because I was tired of eating canned SpaghettiOs and peanut butter and jelly sandwiches all of the time. I started going to the library and reading cook books to learn the basics because we didn’t have a computer or internet. I knew after reading one book that I loved creating new things with food, and the rest is history,” Biella said.

Biella attended culinary school at Robert Morris where he spent his first year on scholarship. He graduated in 2008 and has been with Rittenhouse Village for seven years. Biella spent his first year with the company at the Michigan City location and soon transferred to the Portage location. There, he worked his way up from busing and serving to becoming the executive chef and director of culinary services.

When Biella isn’t busy preparing meals, prepping for events or creating cooking demos, it is important to him to use his free time at work to sit down and talk with the residents.

“I have great relationships with most of the residents. I had one resident that I was close with who just recently passed, and it felt as if I had lost a family member,” Biella said.

He’s not the kind of chef who hides in the kitchen, and instead circulates from table to table during dinner to get feedback about the meals and interact with the residents.

“I like to hear stories about the generations they lived in, and learn more about those times. Seeing their stories through their eyes and hearing about what they went through is one of the top three things I love about my job,” he said.

Biella has gotten so close with most of his residents that they are even able to pick out his cooking compared to store-bought items or other chefs’ creations.

“That makes me happy because I put a lot of time and care into what I do, and to have them react the way they do shows it is appreciated in the end.”

Biella hand-crafts the menu at Rittenhouse Village of Portage based on the preferences of everyone around him. Both Biella’s residents and their family members have meal favorites.

“I always soak everything in, like a 3-year-old who is watching TV. I tend to always remember the tiniest of details,” Biella said. “I always pay attention to what the residents, staff members and management like to eat and how they’ve reacted to things I’ve prepared in the past. I do also love to put my ideas and flare into the menu as well.”

Biella’s greatest strength as a chef is being able to improvise. Most of the time, he is able fix a problem on the spot with the help of his intuition. Biella has been told by co-workers many times that he should audition to be on the TV show Chopped because of his rare ability to create something out of nothing.

Biella loves what he does at Rittenhouse Village of Portage but envisions becoming a famous chef such as Guy Fieri someday. He wants to fuel his life-long wish of helping those in need with his culinary gift.

“Everyone should have the opportunity to eat delicious food, which is why I hope to help every starving person in the world. I know what it’s like to scrape by to survive. It’s always been my plan to help people if I ever made it as a big-time chef,” Biella said. “The way I think today all comes back to how I grew up eating garbage food, and turning that into motivation to create something different and better.”

Although Biella isn’t a famous chef yet, he is eager to take small steps to make a difference. His ideas so far: starting his own charity or running soup kitchens in the area.